Adele does first concert in hometown since 2017: “I’m so happy to be here!” 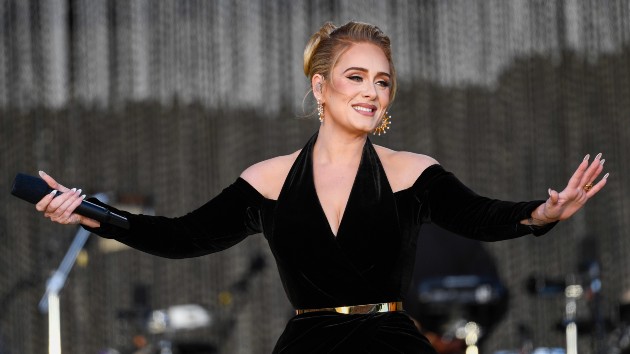 Fans in Las Vegas may not have gotten the concerts they were promised earlier this year, but Adele kept her appointment with her hometown crowd in London Friday night at Hyde Park.

It was the first time she’d performed in London since 2017, and even then, she canceled the final two shows of her four-night run at Wembley Stadium due to vocal issues.  As Variety reports, when Adele took the stage Friday night, she started “Hello,” and then stopped to exclaim, “I’m so happy to be here!”

According to Variety, Adele did just as much chatting as she did singing, sharing stories about binging Stranger Things and taking her son to see Billie Eilish, and how much she likes Britney Spears memes. She also read the signs fans held up, and congratulated them on the special occasions they were celebrating, like birthdays, anniversaries and divorces.

But of course, she also sang: the setlist included songs old and new, from “Skyfall,” “Make You Feel My Love” and “Rumour Has It” to “Easy on Me,” “Oh My God” and “I Drink Wine.”  Of course, she sang “Rolling in the Deep,” “Someone Like You”  and “Set Fire to the Rain.”

Adele even appeared to address her Las Vegas residency, which has yet to be rescheduled. “I know a lot of things have happened with this album, I know a lot of you feel let down and I’m mortified,” she said, according to to Variety. “But I take my music very seriously and I had to do that.”

According to setlist.fm, here’s full list of what Adele sang Friday in London, as part of Hyde Park’s British Summer Time festival: