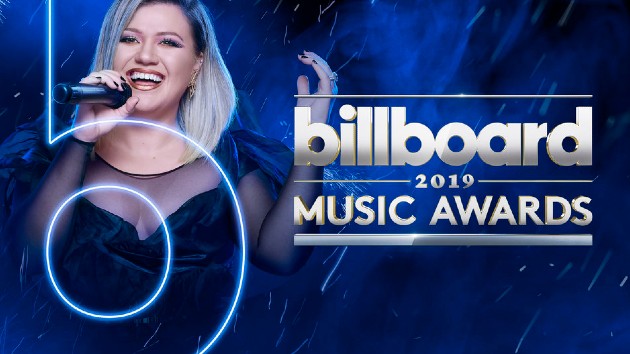 Tonight on NBC, Kelly Clarkson returns to host the Billboard Music Awards, but the show will look a bit different in this time of COVID-19. While it usually takes place in a huge Las Vegas arena with thousands of people in attendance, this year it’s been downsized for L.A., with fewer stars on site.  Still, Kelly promises, “It’s going to be a really fun night!”

“We’re definitely still doing live performances — I think half of it’s live and half of it’s live to tape,” she explains. “So it’s still going to get that normal vibe of really hearing music again, which is awesome.”

“And then, it’s in the Dolby Theater. And I like that…theaters are…my favorite places to see shows because it’s more intimate,” she adds. “We’re just honestly trying to give everybody something a little normal…but also provide the escapism we all really desperately need.”

And while Kelly plans one of her patented show openings featuring lots of singing, she says this year’s music selection will “cater to the times a bit, and we have a powerful message.”

“We’re not trying to make everybody cry or be more depressed about 2020,” she laughs. “It’s more of like uniting people and connecting people…music has a very healing power to it and that’s really what we’re focusing on for the opening.”

“I grew up on some Garth Brooks and I still love Garth Brooks, so I’m pretty stoked that I get to just be anywhere near that happening!” she says. “So it’s going to be a really fun night!”